From the moment that evidence-based medicine (EBM) was accepted by the predominant medical-scientific community, it has increasingly represented a refuge for medicine, which has voluntarily chosen to regard the validity of a theory and the truth in the same way. The introduction of placebo in a randomized controlled trial (RCT) serves as such [1]; in order to analyse the reality by dividing it into two poles, the true and the false and, by tertium non datur principle, effectively excluding any other possibility.

All of this was legitimized by means of a methodic rigour, which not only excluded but also deprived value, resulting in everything that was either impossible to measure or standardize as unjustifiable [2]. If this measure of purification has permitted important and useful discoveries, it has, on the other hand, also deprived medical practice of a vision which does not fit into a characteristically pharmaceutical-centred one; for the present circumstances, the certainties on which that paradigm is based are weakening and creak like the floor upon which Ptolemy founded his theory.

The crux of the matter, according to our point of view, lies in the presumed authoritarianism of a principle, whereas a shift in the parameter with which one makes a judgment is necessary, from truth to acceptance; paying attention to the historical aspect of scientific knowledge, highlighting extra-scientific conditioning factors that science is subject to, the negation of a fixed method of knowledge and, most of all, the consideration of theo- ries not in terms of truth but of acceptance, all of which would appear to be fundamental aspects that have been forgotten by medicine following the fusion with the EBM model. For example, it would be necessary to remember that in order to obtain a single data from a series of results, a statistical calculation has to be applied which gives a frequentist probability, ideally referring to an infinite number of cases but deducted from a limited number of experiences. This information that has been obtained from a statistical study could be liable to inconsistencies, with the effect of leading to observing actual clinical cases. This clearly indicates that statistical and clinical significance do not coincide [3]. 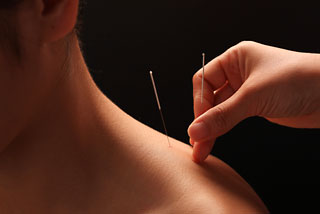 All of this has led to a sectarian conceptual narrowing, which is evident in the question regarding the definition of the placebo effect [4]. The condition of being able to know an object is deter- mined by the ability to give that object a name, creating a pos- sibility of studying a placebo phenomenon as an entity, ontologically speaking, or on the basis of the relationship between the knower and the object being examined, that is epistemological. This is not a detailed analysis that remains at a theoretical level only, but has, on the contrary, important practical repercussions. A number of questions arise, for example; how does one conceptually define the placebo? Is the placebo effect only that which fits into the therapeutic doctor–patient ritual or can the field of investigation be extended? If the cost of the medicine influences has an important effect on a therapy [5], do we still believe that there is a real distinction between specific and unspecific effects? More importantly, however, does the creation of this artificial separation make sense?

Such doubts become even greater if the so-called ‘the efficacy paradox’ [6] is analysed, a phenomenon that comes about when two therapies are compared, of which the total efficacy of one of them presents a lower specific effect in contrast to a higher specific effect of the other which, however, has a lesser total efficacy. If all these epistemological issues represent a problem for biomedicine, the reasoning become more problematical for what concern tradi- tional, complementary and alternative medicine (TCAM).

TCAM presents in fact, intrinsic aspects that can hardly be understood or validated by the positivist epistemological paradigm through which modern biomedicine legitimates itself. The issue of placebo finds its raison d’être on the basis, precisely, of this critical point and it is therefore necessary to ask if it is possible to speak of an ontology or an epistemology of placebo; if it is possible to study the placebo phenomenon as an entity or whether it would be more correct, rather, to speak of the relationship between the knower and the object under study.

The imperialist mentality typical of the West appears to be an inheritance of a not-too-old past. It is a dangerous and harmful habit reflected in the way, through which biomedicine judges and utilize TCAM; in order to justify our point of view, we will take a deeper look into acupuncture. The predatory attitude is indeed, strongly present in the case of acupuncture for two main reasons: the lack of respect for context in which acupuncture originated (where it was not a separate treatment but a therapy in a complex health care system) and the adaptation imposed by biomedicine that acupuncture become plausible through its rules (those of bio- medicine). For these reasons, there has not been progress, in the epistemological sense, of traditional Chinese medicine, but a ‘betrayal’ of this complex system of care that often results in a therapy being eradicated from its context [7,8]. This is done with great frequency in acupuncture because, on the basis of a diagnosis made according to the manual of biomedicine, the needles are inserted in a way that is unrelated to concepts of the five movements (elements), for example. Changing the context, however, radically changes the effect and the rationale that underlies it. It is also necessary to point that the traditional Chinese medicine is not the only medicine that uses acupuncture as a therapy; there are other methods such as Japanese and Korean (medicine) [9].

Concerning all of these issues, placebo in acupuncture cannot be resolved on the basis of a trial or a meta-analysis: it is necessary to reflect on the not ‘formally recognized’ bias that could hardly distort the study and, for these reasons, we will try to present the most salient.

One of the difficulties reported by acupuncturists lies in implementing the concept of ‘blind’ [10-12] during a study on the effectiveness of acupuncture, especially if it has to be conducted in double blind. In this instance, neither the patient nor the thera- pist should be aware if the practice that you are putting into practice is real or sham; many studies confirm that a patient already subjected to sessions of acupuncture recognized the sham. In fact, another fundamental problem of the use of placebo in acupuncture concerns the perception and awareness of the patient in respect to the treatment to which he is being submitted. As is known in TCAM, the doctor is central and crucial; not only with regard to the attention that he devotes to the patient and the care, but also for his competence with which performs the therapy.

Another difficult but significant point that should not be overlooked is that of the problem regarding the dose [13] in acupuncture. In fact, this ancient practice developed and is present in various parts of Asia, including China, Korea and Japan where it is practised following different methodologies. There is still need of an unanimous agreement among acupuncturists about what are the best treatments for patients with certain diseases, and the formulation of such a protocol remains distant on the horizon. If we reflect on this, we understand immediately how this represents a substantial problem in terms of efficacy in experimental studies since, as in biomedicine, the dosage is crucial in the success of a cure. In acupuncture, the dose is partly the patient’s response; so, how can we standardize everything?

One of the key factors of any therapy concerns the diagnosis. Regardless of the fact that it is conventional or not, at the moment of diagnosis, there is a recognition of a set of symptoms in a disease, as if to identify a coincidence between the attributed name and the recognition of a state that exists. With regard to acupuncture, this represents a very delicate point, especially for acupuncture practised in the West, which tends to cure a disease, recognized by the diagnostic system of biomedicine, by using the insertion of needles. Aiming for an interactive model, there is the need to develop clinical trials that take into account the methods and systems of traditional medicine by means of the identification of the model, a method of thought with the purpose of providing evidence of effective treatment for synthesizing and analysing clinical data and models, which are differentiated on the basis of the theories of traditional Chinese medicine.

Acupuncture is a complex therapy as well as factors that interact in the practice of it; both true and sham should be associated with the effect of the context and the expectations of patients, and therefore, it was necessary to take into account those elements in the measurement of the effect [14]. As already stated, it is now an established truth that in any kind of therapy, conventional or not, distinguishing the specific effects from non-specific effects is a very difficult act and also a useless one [15].

Every single pathology consists of objective symptom (measur- able) and subjective phenomena that the doctor or the therapist can only understand following a reciprocal maieutic method; practitioners represent a fundamental link between the inner world of perceptions of the patient and the outside world, within which the disease must be justified.

For these reasons, we need to look closely at the paradigm that we have decided to follow to legitimize the theory in question and the semantic field with which we define it; it is clear that the necessity for a new model of medical research does not apply only to plausibility within TCAM but for medicine itself, for the needs of our contemporary society, which is increasingly more numerous elderly with multi-syndromes and which welfare is no longer able to support. It is not a question of repairing or integrating additions to a paradigm that is no longer valid in order to satisfy current conditions. The problem is adequacy, not truth. Supposing that these were feasible, not even in the case of proposing a rebirth of the EBM, one even more faithful to its principles that were formulated by its creators (therefore excluding all of the possible biases), would we be able to take part in its bringing back up to date because, by its very nature, it contains limits impossible to overcome while remaining within the bounds of that vision. Additionally, all agree on the rationality of basing it on the best proofs of effectiveness. The problem lies in the definition of what ‘best’ is and often, at the damage of the patient, that ‘best’ is merely a systematic review of double-blind randomized controlled trials [16,17].

Complementary and Alternative Medicine (CAM) in the world

Much has changed since the previous global strategy was published in 2002. More countries have gradually come to accept the contribution that T&CM can make to the health and well-being of individuals and to the comprehensiveness of their health-care systems.

EPHA Guide
The EU and Health

The EPHA Secretariat launched a handbook to ease the reader’s journey into the EU’s competences on public health: its legislative basis, actors, policies, funding and key upcoming developments.

The article Identification of Unknown Homeopathic Remedies by Delayed Luminescence has just been published and is available as 'Online First' on SpringerLink ↗.